New Orleans, LA – The New Orleans Regional Transit Authority (RTA) is proud to announce Gary Rodney as Transit Operator of the Year and Duvalle Robichaux as the Maintenance Employee of the Year. As RTA commemorates one year since bringing all operations and administrative business in-house, the agency is aiming to build a culture of recognition focused on the key values of customer service, innovation, equity, safety, and world class riding experience.

"The Board of Commissioners is pleased to recognize this year's Operator of the Year, Gary Rodney, and Maintenance Employee of the Year, Duvalle Robichaux, for their dedication to the RTA and the riders we serve," said Flozell Daniels, RTA Board Chair. "Through great adversity and the uncertainties of the COVID-19 pandemic, our dedicated team of frontline and maintenance workers have maintained transit operations. Today's announcement recognizes the excellent work of our employees that the agency will carry on as we look to provide safe, reliable and equitable mobility solutions for the people of New Orleans."

Gary Rodney, a streetcar operator, has been with the RTA for 21 years. He has an impeccable safety record with no preventable accidents/incidents in the past three years. His peers recognize Mr. Rodney as an important member of the team who is knowledgeable of the transit system. Mr. Rodney is a New Orleans native who has also been a NORD youth football coach for the past 28 years. 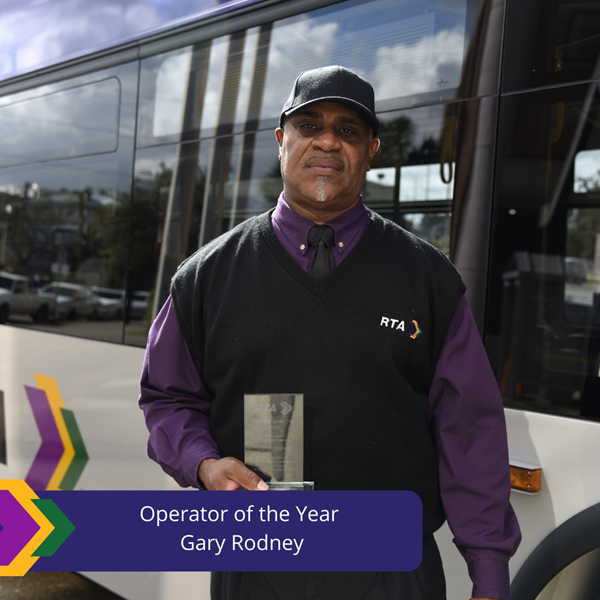 "Our employees are the backbone that sustains transit operations in New Orleans," said Alex Z. Wiggins, RTA Chief Executive Officer. "This year's announcement of Operator of the Year and Maintenance Employee of the Year highlights the best talent the agency has to offer and recognizes those who embody the agency's key priorities of customer service, safety, innovation, equity, and world class riding experience. As we continue to provide transit services and look to expand connectivity throughout the region, we congratulate Mr. Rodney and Mr. Robichaux for being selected by their peers for this prestigious honor."

Rodney and Robichaux were both nominated by their peers. The winners were selected based on a rigorous criteria set forth by the agency’s Human Resources Department that included actively exhibiting the agency’s core values, being employed with the agency for a minimum of five years, and demonstrating a commitment to safety in their respective positions. Employees from all transit modes were eligible to be nominated for the awards. A selection committee comprised of members of various departments helped to impartially select this year’s winners. 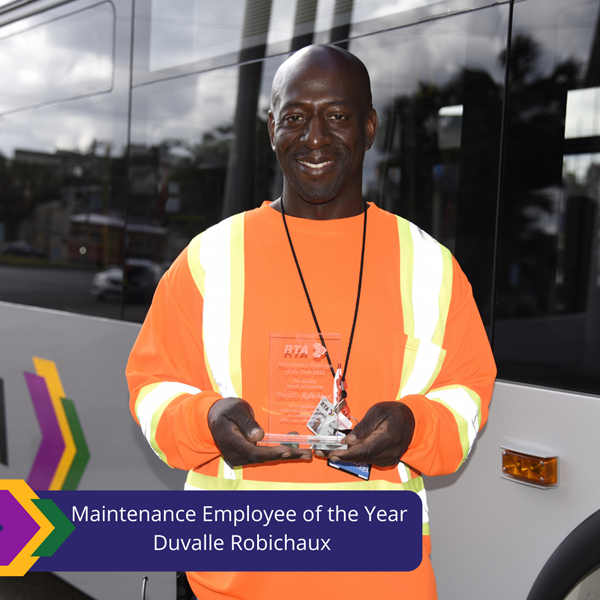 RTA is the largest public transit agency in the State of Louisiana, carrying 19 million passengers per year on bus, ferry, paratransit, and streetcar. The RTA system includes 34 bus routes, two ferry routes, and five streetcar lines. This includes the historic St. Charles Streetcar line founded in 1935—the oldest continually operating streetcar line in the country. The current “green” Perley A. Thomas Streetcars, which were originally manufactured in the 1930s, are now a National Historic Landmark. These streetcars are fully assembled and maintained in-house by RTA craftsman using a unique assortment of antique tools and machines from the early 1990’s and some current technologies as appropriate.